SodaStream - The Good, The Bad and The DIYer

This holiday season, Jason asked for a SodaStream.  I hadn't heard of SodaStream before so he had to tell me about it.  It's a gizmo that allows you to make your own club soda and soft drinks at home using tap water, flavored syrup and carbonation.

I was very skeptical.  All that came to my mind were the Chia Pet, the Sliceomatic and Ginsu knives pushed on those cheesy television infomercials "for only $29.95 plus shipping and processing AAAAAND if you call in the next 5 minutes we'll send you a second set for FREEEEEEE!"  You get the gizmo in the mail, it falls apart after one use or it doesn't work or it tastes absolutely horrid.  You swear to yourself you'll never fall prey to another gimmicky gizmo ad again. And yet there I was.

Against my better judgement, I purchased the SodaStream for Jason.  We took it home and assembled it easily and Jason made his first liter bottle of cola in about 5 minutes.  He held it out for me to drink.  I looked at him like he was nuts and said "You first!"  He drank.  He didn't spit it out, which I thought was promising.  He smiled and said "It's good." He even seemed a little surprised.  I tried it and with my lower expectations I was simply amazed by how much I liked the homemade cola. I liked it better than the store bought equivalent (probably because it had less carbonation, which is my preference).

Once we'd tried a couple different flavors and had liked every single one of them, I started researching all the flavored syrups they sell, not just the ones sold where we'd bought the gizmo. They offer a lot of flavors online and they were reasonably priced. It was pretty exciting!

We drink a ton of pop.  Each week we consume 3-4 cases of soda. Jason drinks high-caffeine low-sugar colas.  I like fruit and tea based sodas that are diet and caffeine-free and I try to stay away from Aspartame.  Most diet soda is sweetened with NutraSweet so there are few options available and those usually aren't available where we grocery shop.  But Sodastream offers diet syrups made with Sucralose (Splenda) and many fruit and tea based syrups. So many yummy options, oh my!

In response to the offensive "Not for Women" ad campaign Dr. Pepper Snapple Group launched, I stopped buying my favorite Diet Sunkist along with all the brands owned by them. That took a large segment of the "girl drink" soda market off the table for me oddly enough.  Why they'd chose to intentionally alienate a core segment of their customer base (females) and target market for a clear majority of their soft drink brands, I'll never understand. So I was looking for a new favorite soft drink anyway.  The timing couldn't have been better!

Then I started looking at the pricing.  These itsy bitsy cylinders were expensive!  Way more expensive than I'd anticipated. I was thinking about the refills for kegerator CO2 tanks. With the SodaStream, each new 60 liter cylinder was an initial $30 investment.  Each refill (exchanging an empty tank for a full cylinder) was $15.  Plus there were shipping charges or the inconvenience of going to one of the stores that does tank exchange.  The two stores by our house don't offer cylinder exchange.  It's not looking so appealing now, neither in terms of cost savings nor convenience.

So I start wondering if the cylinders can be locally refilled cheaper than the exchange fee, since I'm going to be driving all over the place anyway. As I research this I learn of User License violations, and booby-trapped double valves.  Now I'm starting to feel like I was suckered into a racket where I'm trapped into paying for extremely over-priced CO2.  I don't like how this feels.  But instead of abandoning the product entirely, I realize I'm probably not the first person to feel the same way so I start doing more research.

Instead of refilling that tiny little proprietary 60 liter cylinder, which violates the SodaStream user license, the other option is to replace those cylinders with a larger CO2 tank, like those used with kegerators. So, instead of looking for a way to get around the booby-trapped valve, I start looking for an adapter that will allow me to connect a standard CGA-320 connector to my SodaStream, effectively bypassing the need for that silly little SodaStream tank entirely! There are several places that sell conversion kits online.  Some include a C02 gauge.  Some include a contaminant filter. Some require the use of the valve from a SodaStream cylinder.  They aren't cheap, but frankly I'd rather pay money to someone helping me than a company trying to play games to make more money off of me unnecessarily.

There are many types of CO2 tanks that might be used like those for kegerators or paintball or airsoft.  The conversion kit must be paired with the replacement tank so some research is required. I purchased a conversion kit and a new 10 lb aluminum CO2 tank since they're lighter and don't rust. I'll get it filled at the same place my home brew-master friends refill their tanks for a reasonable price. I shouldn't have to refill the tank for nearly a year I imagine. It's more cost upfront but I feel better about the whole thing.

The Anger Stage of Grief 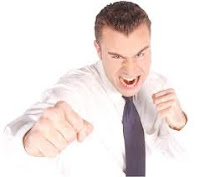 Well, it appears I'm still fully entrenched in the "Anger" stage of grief.  It seems I'm motivated to write only when I need to vent.  It's easiest to vent about work, thus my last couple blog entries hit that easiest of targets.  On Facebook, I've been complaining too, but almost exclusively on another easy target: issues related to feminism.  First, an interview with COO Sheryl Sandberg, where she talks of the gender pressures in our society as they relate to women with careers and their male partners.  Then, it was the offensive soda ad campaign "Not for Women" from Dr. Pepper Snapple Group (I've saved a list of their brands and will no longer purchase any of them).  And then it was the Health Dept over-ruling the FDA on changes to make it easier for young women to have access to the Day-After pill.


I'm more angry about other issues, more personal ones, related to my son (his life, his death, my life, the years I spent caring for my son, and the impacts that had on my marriage and career and health and happiness).  But I don't talk much about those things.  Most people wouldn't understand.  Most people couldn't comprehend what my life was like and I wouldn't wish that on anyone.  It was incredibly difficult.  Something you have to take one day at a time.  You can't look at it, big picture, because it was insurmountable.  You let go of your hopes and dreams and just try to survive.  You find a way to make it work, and all non-essentials fall by the wayside.  You never allow yourself to think about what it would be like to not have the burden though, because that is just as insurmountable.  Just as unthinkable.  You love your child.  To have your life back means for your child's life to end.  Not a place any parent wants to be.


You cannot be prepared for a loss of a child, even when you've been told that your child will die soon, right from the time they were born.  You learned to exist without a light at the end of the tunnel to keep you going.  The only thing that did keep you going is your love for your child, and your desire to do the right thing. The effort required seemed superhuman.  The endurance required came from someplace beyond yourself.  Somehow you made it work.  Somehow the next day came, your child was as safe and happy as was possible under the circumstances. This goes on for so long that you forget what it is like to live a normal life.  What is normal anyway? Eventually you do make some changes that improve things for you, give you back some of the things you gave up.  It's a win-win situation.  You're both better off for the change, as hard as it was to make and even harder to implement.  No regrets.


But then the day comes when your child chooses to let go and passes.  It's a wonderful experience in many ways.  A celebration of his life, and his freedom from pain and illness are at the forefront after nearly 2 decades of battle.  And after the dust settles, it is time to start living your own life once again.  It is irrevocably changed.  There is a hole in you the size of Texas.  Nothing fills it.  Nothing dulls the pain of loss.  Only time will do that and talking and grieving and riding each wave of emotion that spills through you at the most inopportune times.


While the emotion spilling through you is anger, there is less depression which is a relief in itself.  Yet the anger often feels inappropriate as you focus on things that are "safe" to be angry at but with a level of emotion that is obviously unwarranted. Substitution.


In reality I'm angry that my child had to go through all those years of pain and suffering.  I'm angry that I gave up so much of my adult life for a young man that will never graduate or get married or raise his own children.  There is no living legacy.  There is no balm to sooth my wounds.  It now seems senseless to me, what we both endured.  True, I have little regret for how I handled my burden.  I definitely did not take the easy road.  And I can get up in the morning and look at myself in the mirror and feel good that I gave my child everything I had to give.  If the roles were reversed, I could not ask for more.  And while I'm grateful that my regrets are few, it does not defuse the anger I feel for the sacrifices we both made.  I know it's normal to feel it.  And I try not to judge it.  But I also don't want to get stuck in it either, and become a bitter old hag.  I know that's a possibility.


As I surf each wave of grief, I have faith the emotional blend will change over time, and that the anger will give way to acceptance in a place where I might find some peace.  And begin to move forward with the rest of my life.  Until then, I am angry.  So please bear with my anger for a while longer.
Posted by Tracy Talbot at 12/11/2011 No comments: